Cha Zi Ba has an impressive 20m wide walk in entrance visible from some distance, within a large shallow closed depression. Natural drainage from the paddy fields has been channeled to the right of the cave. These fields extend to the cave mouth, supported by a man-made limestone block wall.Immediately obvious at the entrance is a change in the dip of the rock bedding from near horizontal to steeply plunging into the cave. Entry to the cave passage is via a 4m climb down on the right hand side into the cobble and sand floor.

Following the dry stream channel, the cave opens out into a large chamber with a small stream sinking in the boulder strewn floor. The caver passes a talus slope built up on the right as a result of a pitfall trap development. At the end of the chamber is a skylight with steeply ascending slope (est 40 degrees) consisting of loose detritus and fallen blocks. It is possible to scramble up this slope to the surface with care.

In the northern corner, passage continues as walking sized and clean washed with a few easy climbs down, ending in what at first appears as a closed chamber. At the far end of this chamber is a slot looking down onto the first pitch. Rigged easily from an initial free standing Y hang, the drop descends 40m via a rebelay to a pool and almost immediate second pitch of 15m. This second pitch lands in large horizontal development which unfortunately closes in one direction after 10m and reduces in size at a mud slope after 30m in the other direction.

Ascending the mud slope leads to a squeeze, then a broad ledge where a rig is prepared for the next pitch. The 25m drop lands in a glutinous mud chamber with no way on. 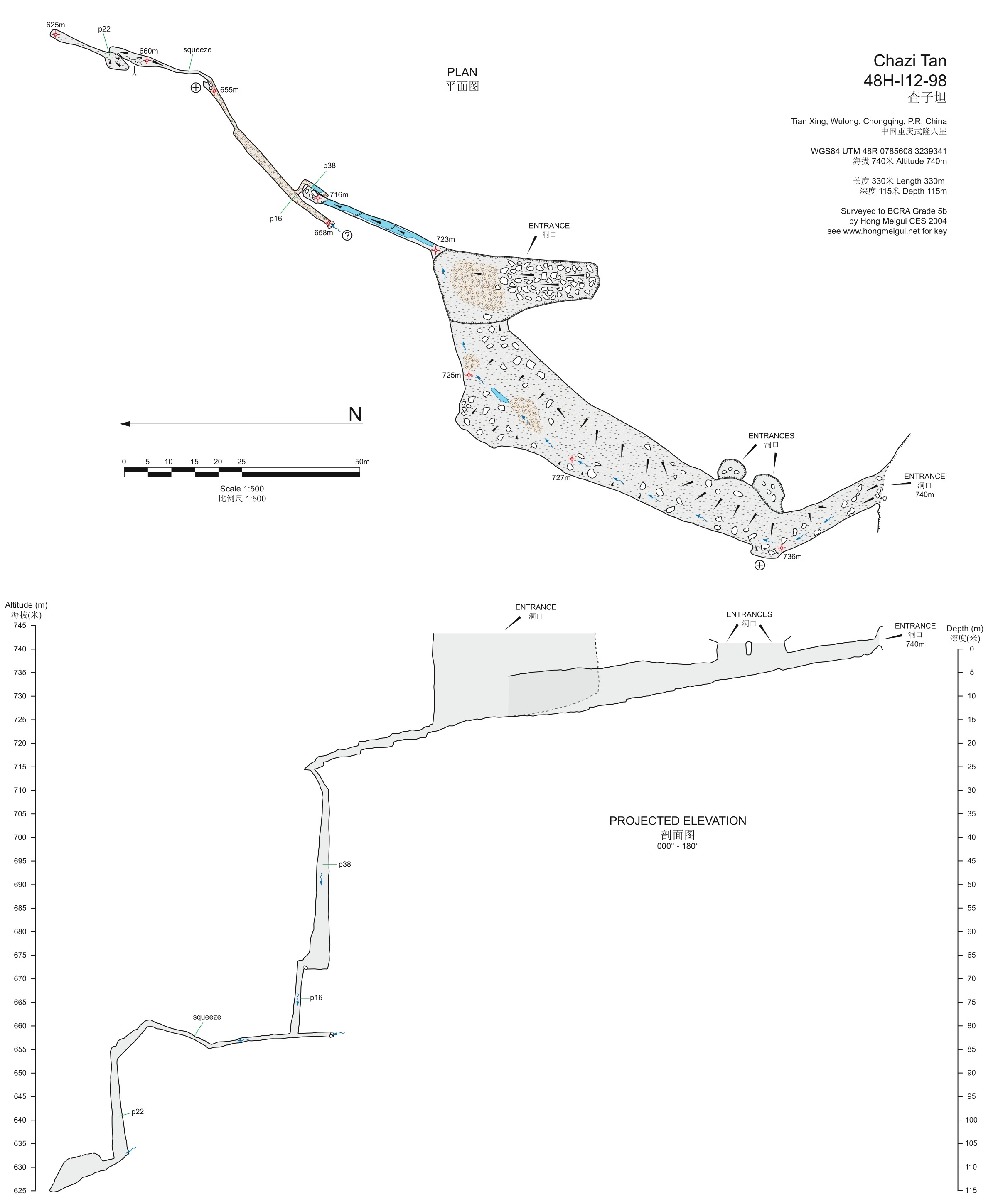 This cave was explored at least by this caving expedition(s):